Here's the latest from
Meridian and the Kākāpō
Recovery Programme

A word from the Spokesbird

Could the saxophone help save a species? visits

The natural world is a pretty amazing place. The how’s and why’s of things often make little sense to us mere humans. Like what determines a successful breeding season from one year to the next. On the surface, there seems to be no rhyme nor reason as to why kākāpō sometimes have more successful years than others. Turns out though, that there is a method to their madness and our friends at the Department of Conservation (DOC) have let us in on the secret.

For the kākāpō, it all lies in a fruit. The rimu fruit to be precise. When it’s a bumper rimu mast (technical speak for mass fruiting), it’s a strong indication that we are on for a decent breeding season. It’s important to note that this only happens every two to five years, so it’s a pretty big deal. 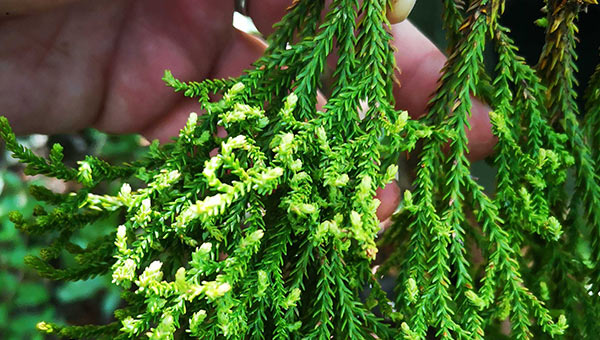 Like us, kākāpō also love a superfood. DOC is still doing research into what makes the rimu fruit so super but the signs are pointing to the presence of vitamin D which is key to making good strong eggs. Once the chicks hatch, the kākāpō mamas almost exclusively eat rimu fruit. This means that when the chicks leave the nest after 4-6 months, they’re all supped-up on fruit power to live their best independent life.

These birds know what’s up quite a bit before the eggs are laid too. The males start bulking up in advance because they need all the energy they can get for the long nights of booming that lie ahead. Now, that’s not what you think it is…booming is making specific, deep, loud noises to try and attract a mate. And they’ll be doing this for up to eight hours, every night for 3-4 months – talk about putting in the hard yards! The count is on

While kākāpō have their instincts to rely on, the DOC workers have their work cut out for them. To get an idea of what the coming breeding season will look like, DOC go on a counting expedition each autumn. This project isn’t for the faint hearted either. The DOC workers climb up trees looking for fruit and use helicopters to reach the treetops, leaning out to collect over 120 samples. There’s some pretty clever data behind the analysis, but the long and short of it is, if more than 8% of the tips have fruit, then kakapo will likely breed the following year. The higher the percentage, the more female kākāpō will breed. Makes sense.

It all follows the seasons. DOC recount in the spring and the fruit ripens in the summer. It’s a pretty serious mission, but it’s worth it because it helps DOC be as prepared as they can to support the breeding season and kākāpō recovery.  As a national partner, Meridian is stoked to be part of the whole thing and we’re very excited to see just what the rimu is up to this year – we’ve got our fingers crossed for an awesome kākāpō summer in 2022.

A word from the Spokesbird

Skkraarrrkk!! I’m Sirocco the kākāpō, DOC’s official Spokesbird for conservation. Can you believe it? Our kākāpō whānau has been crowned Bird of the Year!

A lot of people are calling us kākāpō the mighty moss chicken, but I’m here to tell you that we’ve got a bit more going on than you might think. Just because I wear my transmitter with pride, doesn’t mean that I don’t love to give our rangers the run around. Did you know that we kākāpō can be very hard to catch? Even though I have short legs, I can be pretty speedy and because I’m small, I can sneak through dense vegetation like lightening! I’m also an awesome climber – a 20 metre rimu tree? No match for me and my mates! It recently took the rangers seven attempts to catch my mum Zephyr and change her transmitter.

We know though, that if we want to keep wearing our crown, we’ve got to stand up and be counted – even if it means being caught every once and a while. So, while I do love a game of hide and seek, I want to say a big thank you to our human guardians for keeping us safe! Our Branded Partnerships Manager, Sarah, was lucky enough to trade her desk job for a visit to the deep south in search of kākāpō. Here’s her encounter of 24 hours on Whenua Hou.

First stop: disinfectant. There’s no visit to Whenua Hou without a rigorous quarantine process to protect our taonga species!  Every single thing I was taking to the island had to be disinfected. And when I got to Invercargill, everything was searched in quarantine just to be sure no insects or seeds had snuck into my backpack. There was nothing to be found, so then the journey really began: Invercargill to Whenua Hou via a small but mighty helicopter.

Whenua Hou is a small island off the coast of Rakiura/Stewart Island, New Zealand. It’s a predator-free sanctuary for many native New Zealand species, and holds almost half of the country’s endangered kākāpō population. From my bird’s eye view, the land looked pre-historic with dense native bush as far as I could see. I almost expected a dinosaur to stroll out of the forest at any moment. This was New Zealand as it used to be.

We nailed the beach landing (well, the pilot did) and the ‘ranger train’ began shuttling boxes after boxes of supplies to the hut. A karakia welcomed all the new arrivals, and I was lucky to meet the team: DOC rangers, a scientist, a Ngāi Tahu representative. With a cup of tea in hand, we settled into the hut for the night. When you’re woken up in the wee hours of the morning by a DOC ranger saying “come outside, quick!” you know you’re in for something special. And that I was. I opened the door to see Tōmua doing what he does best: patrolling the pathway from the hut to the long drop. I couldn’t believe my blurry eyes, looking at this beautiful giant parrot that only very few people will ever meet. Rain drizzled on our backs while we sat with our PJs still on, head torches dimmed, watching Tōmua waddle around his hood. I could’ve stayed there for hours.

We’re going on a kākāpō hunt

A few hours later, I figured out that this ranger business isn’t all cups of tea and date scones (though there was lots of that too). This team was fit. I found myself trudging through the mud in their fast footsteps. We were on the lookout for kākāpō to change their transmitters, which are like tiny backpacks that send rangers info about the birds’ location, health, mating and nesting. Five hours into our mostly uphill hike, we still hadn’t had a signal. Not long after though, the ranger’s tracking gear sounded the beeps we’d been waiting for. We quickly dropped our packs on the track and headed into the dense forest. After slipping, sliding and fighting off branches, we were on all fours – army crawling styles – hoping to spot some bright green feathers.

The signal got stronger, and soon enough a ranger clapped eyes on Kohitātea. We caught him, the rangers did a health check and transmitter change, and finally gave him his fave snack: macadamia nuts. They have expensive taste! Kohitātea gobbled them up with his eyes half closed, clearly in kākāpō heaven. Mission complete.

As I snuggled into my sleeping bag that night, I had to pinch myself thinking of the day, knowing how lucky I was to get up close with a kākāpō. My hat goes off to the Department of Conservation and the Kākāpō Recovery Programme. Living off grid on an island sounds dreamy, but helping keep 209 birds – and counting – alive is bloody hard work. And they’re doing it for all of us, to bring these beautiful, quirky parrots back from the brink of extinction.

At Meridian, we’re proud to support the mahi of the Kākāpō Recovery Programme. Keen to do the same?

Last breeding season, we tried to help get the kākāpō in the mood for breeding with some saxy music. We reckon it was a good effort... but really, there’s a tiny piece of tech that’s been the real power behind the success of the programme.

Keeping tabs on 210 wild birds isn’t easy, so each kākāpō is fitted with a transmitter. It’s like a tiny backpack that sends heaps of important location, health, mating and nesting info to the kākāpō rangers.

Finding nests and helping females with incubation and chick rearing has taken breeding seasons from strength to strength. Transmitters can tell the rangers which birds have mated and their partner of choice – and if a female has begun to incubate eggs. Plus, if there’s no sign of movement for 24 hours, they’ll send an alert so rangers know in real-time that a bird may have lost its transmitter or has health concerns. That means the team can quickly check potential issues that could affect the population, giving the kākāpō the best chance of survival.
Other technology talks to the transmitters, too. The team can identify if any birds need some extra kai, remotely collect weights from scales placed in the bush, and provide regular check-ups for any birds that seem under the weather. 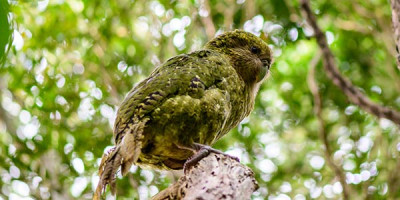 Rangers Jake and Bryony recently caught up with Tūkaha, the 2016 chick that the Meridian team named. Tūkaha means fiery, fearless and headstrong. And she certainly lives up to it. Ever since she was young, she's yelled, bitten and run whenever she encountered people, so capturing her isn't easy. But here she is - beautiful and fighting fit. Thanks Bryony and Jake for taking such good care of Tūkaha and the rest of the population. We're proud to support you.

Could the saxophone help save a species?

It’s well known that music gets people in the mood for love, so to support other innovations like Smart Eggs, we hatched a plan to help get endangered kākāpō in the mood to breed using the most romantic instrument in the world: the saxophone.

Now, using saxophones to get kākāpō breeding is still in its experimental phase. But with (at the time) only 147 birds left, we reckoned it was worth a punt.

See for yourself by watching the video, or show your support by donating to the Kākāpō Recovery Programme, or downloading the song for free below.

(The song is best downloaded on desktop with Google Chrome. Once you click the download button above, the song will automatically open and play. Then, click the three dots on the right to download.)

By joining forces with the Department of Conservation and Ngāi Tahu, we’re helping save a taonga species – the kākāpō.

New Zealand’s beloved parrot is endangered, and through science, technology and a whole lot of mahi, we’re restoring the heartbeat of the land.