How electrification will preserve our prosperity 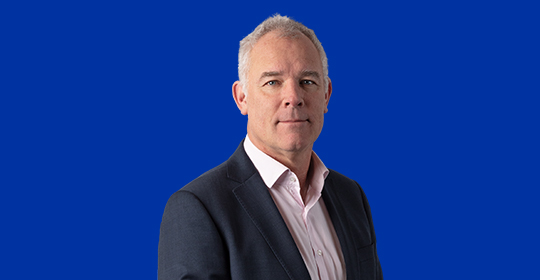 I want to see a lot more wind farms built around New Zealand. I want to retain as much capacity as we can to generate renewable energy from our hydro lakes in the South Island.

Yes, these are in my self-interest. But they're also unequivocally in the national interest. They're not just necessary to reach net-zero carbon and end our dependence on fossil fuels. They are also going to maintain our standards of living as the world shifts gear around us.

We are in a global race to decarbonise. Countries moving much faster than us have climate goals front of mind, but they also recognise that investing boldly and early is giving them an economic advantage as technology shifts and consumers worldwide transform their behaviour.

It's no surprise that Meridian Energy backs the Climate Change Commission's draft advice for the widespread electrification of our transport, industrial process heat and other sectors, and for far greater momentum at the national policy level. It's disappointing, but again no surprise to see push back from people claiming that moving too quickly will burden us with unnecessary costs, push economic activity to other countries and ultimately mean we live with less of the things we enjoy today.

What many critics are failing to see is the opportunity and the necessity of investing to reach the future first.

The history of individual businesses and national economies is littered with examples of prosperous countries and companies that failed to invest in an inevitable change and fell by the wayside.

The fact is that we won't improve our living standards by looking at the transition to a renewable energy economy as a cost we must bear. I am convinced that accelerating our renewable energy transition is the greatest economic opportunity facing the next generation of New Zealanders. Investing now and establishing our place as a world-leading low carbon economy will protect and enhance our current economic base and ensure we can live as well in a low carbon economy as we do today, if not better.

Failing to see the economic opportunity in the transition to renewable energy is failing to see the massive shift underway in global supply chains and global consumer demand toward carbon neutrality.

Companies around the world are working hard to develop carbon-neutral products and services for global markets, and they realise they need to convert their energy sources to electricity or biofuels. Supermarkets in Europe and the UK are committing to purchasing carbon neutral only products.

The economic benefits from the transition to a low carbon economy extend well beyond our exports. The electrification of transport is also one of our biggest economic opportunities over the next decade. Research from the UK shows that ditching import intensive petrol and diesel transport will result in higher employment, earnings, productivity and average wages. Here in New Zealand, various expert reports have estimated the significant benefits that are possible in New Zealand.

One from Transpower puts the annual economic benefits from electrifying transport at $1.6 billion by 2035, and up to $4 billion in 2050. Another from Concept Consulting and Retyna indicates that accelerating the uptake of electric vehicles could save New Zealanders $10 billion in vehicle and fuel costs out to 2050, with a further $5 billion reduction in carbon costs.

These benefits come from the investment generated by importing less fossil fuels and doubling down on our own energy sector with its strong domestic employment base and supply chains. As we electrify more of our economy, research shows we could also see lower wholesale electricity and transmission costs, alongside the climate benefits as modern low-cost renewable generation will make up more of the supply mix.

It's time we started looking at accelerating the decarbonisation of our economy as the greatest economic opportunity facing the next generation of New Zealanders.

It will generate billions of dollars in domestic investment, drastically cut our dependence on imported energy sources and allow us to compete in a new global market defined by carbon neutral goods and service and carbon neutral economies. It will preserve not only an environment that allows the next generation to thrive as we have done, it will also preserve the prosperity and lifestyles that we enjoy today.

This article was originally published in Stuff 3 May 2021.