The rimu counts are in - the Department of Conservation’s Kākāpō Recovery team are predicting a breeding season for this iconic, flightless taonga this coming summer. 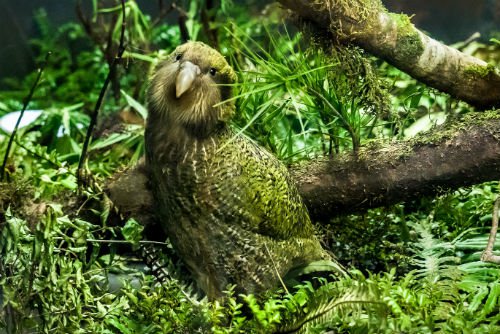 “Our team have surveyed rimu trees on Whenua Hou, Anchor and Te Kākahu-o- Tamatea islands, where kākāpō live. So far all indications are pointing to a reasonable breeding season.”

Kākāpō breeding is complex. They’ll only breed if more than 8% of rimu tips bear fruit. The higher the percentage, the more females in the population are likely to breed.

So far, the results for Whenua Hou show 31% fruit tips, Anchor at about 22%

and Te Kākahu 14%. Based on those numbers, there’s potential for almost half the eligible female population to breed.

“We know that fruiting tips can be lost over winter, so we will have a recount in the spring which will give us a clearer number of nests we’re likely to expect.”

Kākāpō last bred in early 2019 when a record 71 chicks were added to the population. The current total population is 204.

Ngāi Tahu representative to the Kākāpō Recovery Group Tane Davis says the signs for a Kakapo breeding season for 2022 are promising.

While the promise of a potential breeding season is great news for the threatened species, kākāpō still face many challenges in their journey to recovery. Infertility is a big issue within the population and as large, flightless birds with no defense mechanism other than camouflage, they are particularly vulnerable to predation by introduced mammals such as stoats and cats. Currently the entire breeding population live on predator free offshore islands.

“Eventually we are going to run out of space on these offshore havens,” Deidre Vercoe says. “That’s why initiatives such as predator free 2050 are so important. It will be fantastic to one day return them to the mainland.

Meridian Energy has been the National Partner of the Kākāpō Recovery Programme since June 2016. Meridian Chief Executive Neal Barclay says, "It’s great to see the hard work paying off and the kākāpō population reaching numbers not seen in decades. But we’re conscious that this growth and a 2022 breeding season brings a whole raft of new challenges for the recovery programme, like housing and energy supplies in remote locations."

Meridian contributes to the growth of the kākāpō population by helping DOC fund research and pioneer conservation techniques relating to genetics, nutrition, disease management. They also help DOC find new sites for kākāpō to live and breed and raise awareness of the need to support kākāpō.

Learn about on the Kākāpō Recovery Programme partnership here.